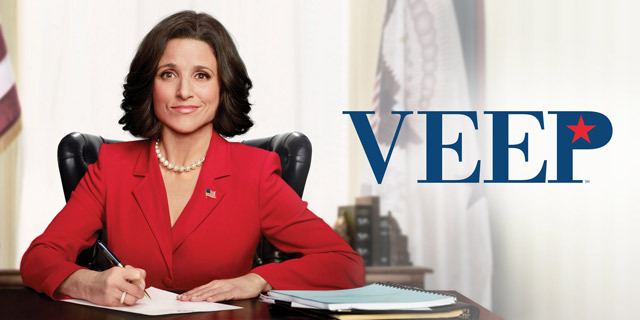 I’ve been watching HBO’s new comedy Veep a lot lately. Besides being extremely witty and portraying politics in an absolutely irreverent manner, it speaks about the political system in a way that reveals what I believe to be a major flaw.

The series shows Vice President Selina Meyer as she goes through her daily routine trying to come out ahead as a politician. She has policies; she has beliefs, but they are all buried beneath being ‘political’. She picks what she will support depending on what will get her ahead. She is forced to watch what she says in order to not make negative riffs throughout the country. Politics is a longterm strategic game for her and her colleagues. Her duty is to serve and to lead her country, but what the show shows this to mean is that she must please the masses. Who are the masses? Well us.

Politicians get a lot of heat for being manipulative, for lying, and for power grabs. We complain about them not wanting to actually do things because it will hurt their chances at reelection. Their speeches feel manufactured (because they are) and we hate their inauthenticity.

Yet they are doing this all for us. We are the ones who react in outrage at the latest scandal. Mind you, these scandals are not always of the political nature. Every scandal is not a Watergate. Rather, we freak out about things that happen in people’s personal lives. We freak out when a politician says something offensive. And by doing this, we force them to become even more manipulative, even more inauthentic, and even more cautious about their actions.

By what standards do we hold our politicians to? If someone wants to sleep around are they really being that much different than the rest of the population? If they curse or have estranged relationships with their family are they so different?

Of course I want an elected leader to be honest. To be someone who can maintain the relationships in his or her life. If someone says something racist or treats others badly I probably won’t lend my support to them. But I question whether our collective vague expectations have only forced leaders to put on a front of morality that replaces their ability to effect policy or lead the country.

Those who aren’t so focused on their political image could perhaps work on the nation’s debt, immigration reform, healthcare, school systems, employment rates, or whatever their fancy may be.

Maybe it’s that we treat politicians like we treat celebrities, attempting to get the latest scoop through personal invasion and the paparazzi. Maybe the 24 hours news cycle is to blame. Maybe it’s reality tv’s fault. Maybe nothing has really changed and this is how it has always been.

All I know is that I want to care more about policies than image control. I might respect someone who exposed their flaws rather than hide them.

Hear that political advisors? If you really want to be successful create a candidate who at least for a moment appears to be authentic; trust me, the masses will follow.