Earlier this year I made a list of podcasts meant to introduce beginners to what exists in the format. This here is now the third year I’ve listed my top podcasts and each year I’ve brought in a lot more into my listening rotation. This year feels especially so with 5 new shows entering into my top 10 favorites.

10. NY Times’ Music Pop Cast (last year: UR) – This one has quickly become my favorite music podcast, as New York Times’ critics discuss the latest trends in music with intelligence and enthusiasm. This is one that truly looks at culture and music from a thoughtful and critical perspective, so don’t expect a ton of laughs, but if you’re into that sort of thing you will love this. 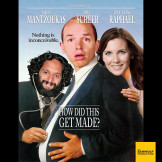 9. How Did This Get Made? (last year: UR) – Paul, Jason, and June watch a bad movie, bring in a guest, and proceed to tear it apart. This is often hilarious and at this point I don’t think I’ve actually seen a film they’ve reviewed but find each one engaging.

8. Slate’s Hang Up and Listen (last year: 5) – The most thoughtful sports show out there, which this year I think got really funny, with Josh, Stefan, and Mike’s banter seemingly growing crazier and wittier. 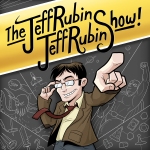 7. The Jeff Rubin Jeff Rubin Show (last year: 2) – The JRJR show was not as consistent this year, but still delivered great interviews in and around nerd culture.

6. This American Life (last year: 8) – Obviously this show is just amazing, all the time.

5. Rob Has a Podcast (last year: 1) – Rob had another great year covering Survivor, Big Brother, and new show Whodunnit as well as other various podcasts. Within the reality tv world, Rob is at the top of the charts as a sort of curator bringing together the best guests in entertaining shows. The formats his shows have taken are pretty great and the ever evolving RHAP machine is only getting better.

4. Sklarbro Country (last year: UR) – I listed the show as Sklarbro Country, because that’s technically its name, but what I really love is the other show the Sklars run which they title Sklarbro County. This show covers odd news stories, features Dan Van Kirk along with a guest comedian. I like County better because it is more focused, giving them a topic to riff off of as well as the other loves that the Sklars include in every show: sports and comedy.

3. WYNC’s Radiolab (last year: 3) – This show has made an art form out of radio. They have the ability to ask questions that cut so deep, simultaneously giving you conflicted answers, leaving you to figure out what is truth like art should.

2. Comedy Bang Bang (last year: UR) – I never listened to this because I thought it was just another interview comedy podcast, of which there are a plethora. After being convinced by a friend to give it a shot, I did so and am hooked. Scott Aukerman hosts it like any radio host, but quickly undercuts it by not taking anything that happens seriously. Later an extra guest enters the studio, voiced by some comedian, joining in on the interview as the character. The laughs are endless and the show’s tone is perfect.

1. Grantland’s Hollywood Prospectus (last year: UR) – Chris Ryan and Andy Greenwald are two writers for Grantland and their show covers relevant pop culture on a weekly basis. This is mostly television, but they also occasionally touch on music, movies, books, and whatever else is happening in the world. What makes this so great is the relationship that Chris and Ryan have, they grew up together and have known each other for a long time. Listening to them banter is amazing every time, they have an ability to come up with the cleverest metaphors seemingly instantaneously. Their knowledge and takes on the pop culture they consume is always great. If you like anything that Grantland does, this podcast is the true representation of the site’s pop cultural coverage.

You can find it here under Hollywood Prospectus, unfortunately they don’t have their own feed.