The second to last list of the season! It’s coming a little later than expected, but I have other stuff I’ve been working on for those of you who care. Music is a hard thing to write about, so I’ve done my best to express my feelings about what I loved below. I struggled with the top three, but ultimately came to a balance of what I think I will love for a long time and what my heart is telling me in the moment.

As always I don’t recommend all of these albums, some may have objectionable content for your conscience.

“Never Hungover Again” is a great party record if you’re into loud punk-heavy rock songs. They are fast and often short (the whole album is only 19 minutes long), but this doesn’t stop it from being a great album and one that does have depth to it. 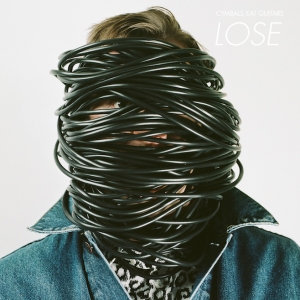 A great indie rock album lead by the unique high pitched vocals of Joseph D’Agostino, but equally matched by the guitar driven sound of the rest of the band.

A late in the year discovery for me, Hospitality hits hard at this women-led raw indie rock phase I’ve been going through lately. Though the band is divided between a tougher indie rock group and a more synth-y indie pop band, the songs that lead toward the former are some of my favorite of the year. 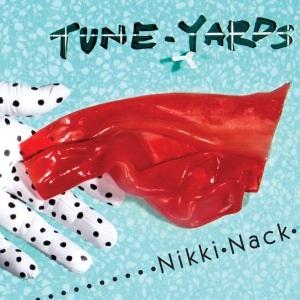 tUnE-yArDs’ brand of eclectic, world tinged pop music won’t be for everyone. It’s not even for me half of the time, but those times it does hit, it hits hard.

Parquet Courts will likely continue to crank out their post-punk, garage rock, laid back rock ‘n roll music year after year and I will likely buy into it every time. I’m not sure if “Sunbathing Animal” is quite as good as “Light Up Gold”, but it is more of the same witty rock tunes.

This piece of new wave emo and pop-punk brought me back to my high school days where I got plenty of that sound. The Hotelier tend to transcend that genre (not that it really needs to be transcended) through poetic lyrics and songs that have emotional payoffs.

8. Iceage “Plowing Into the Field of Love”

Iceage took a step into a new direction this year, bringing their post-punk sound a more alt-country feel and to me this was an improvement. The songs retain all the heaviness of their last albums, but add a unique change and wit to them. 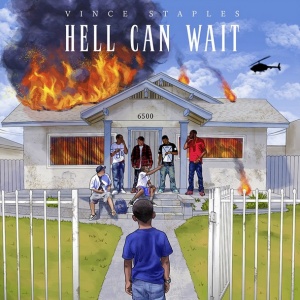 Staples was one of my favorite discoveries this year and though this is technically an EP it was one of my records to listen to all year. “Blue Suede” and “Hands Up” got all the credit they deserve around the internet for their look into Staples’ life and commentary on current events, as well as their absolute musical brilliance and the rest of the album keeps up with those two standouts.

A solid pop/rock album from the former Rilo Kiley lead vocalist. Here she lays herself bare while also making catchy and witty tunes.

A fierce barrage of a hip-hop album offering non-stop and brutal verses from El-P and Killer Mike. It’s surprises you at every corner and does so in the most brilliant of ways.

I wasn’t some big D’Angelo fan before this year, sure I had heard the story, but it did little more than pique my interest. When the new album dropped I waited a couple of weeks before I even ventured to listen. Once I did listen, I guess you could say that the groove took a hold of me. This album is all groove and it is infectious.

3. Cloud Nothings “Here and Nowhere Else”

A great rock ‘n roll album, Cloud Nothings reached their peak for me this year with songs that reached anthemic heights with their fuzzed out guitars and impassioned vocals. “I’m Not Part of Me” was my favorite song of the year, but the rest of the album was nearly just as good.

This one is a continuous grower for me with his folksy elongated tracks breezing through my ears in its soothing fashion. It’s strangely reminiscent of Dylan for me, though more calming than his work is known for being. I can’t help but think when asked to point to a great album of the decade that this one will be toward the front of my mental catalog.

Maybe this won’t hold up whenever I look back at this ten years down the line, but for now Makthaverskan’s blend of punk and 80s new wave has got a hold on me. They are at times aggressive, at times melodic, but always emotionally bare. Its breadth of style and sound makes me interested in what will come next from the band, but also makes the album really work on multiple levels.