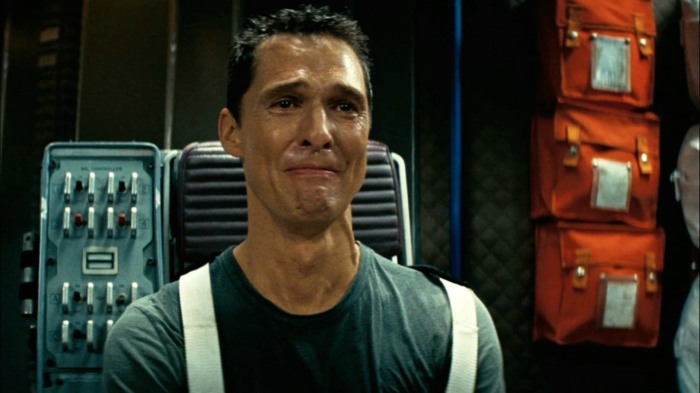 The Academy Awards are approaching at the end of this week, so I present to you Oscar Week! These are my own movie awards from 2014, celebrating my favorite performances and scenes of the year.

There are spoilers all over the place of this article, so make sure you skip things you don’t want to be spoiled on.

A tie to start it off because I couldn’t choose between either of the Chris Pratt-fronted scenes. The Guardians prison break scene is the height of that film’s comic tone, chaos ensues leading to joke after joke as each character does his or her role to escape prison, even if their role is not entirely needed.

The Lego Movie‘s introduction to Emmett through a manual of how to live each day is packed with jokes big and small and is absolutely delightful, culminating in one of the year’s best movie songs “Everything is Awesome”.

9. Blue Ruin – Waiting in the House

I don’t think there was a more tense moment I experienced all year than either of the scenes where Dwight is anticipating his enemies coming into the house that he is staked out in. He knows it could very well be his life on the line, and the film builds those stakes to a near unbearable level.

Truly one of the year’s most disturbing scenes, but it is shot so well by director David Fincher, with Amy seducing her latest captor only to kill him mid-coitus. Reznor’s score elevates it as her second plan begins to fall into place.

Ewa has had to do a lot to come to America. Her sister is sick and is not allowed into the country, her family has rejected her, and she has given up all of her ethical guides to make a living in the US. Here, she finally breaks down in a confession booth, admitting her sins and hoping that grace can still come her way.

We don’t know much about the characters at this point. Channing Tatum’s Mark seems one-note, he’s quiet and reserved; Mark Ruffalo’s David has all the charm, he’s more successful, and surrounded by a family who loves him. The two brothers spar here, slowly going after one another more aggressive until they are full on wrestling. The scene is completely silent except for the sounds of their movements. Director Bennett Miller shoots it in such a way that–though unspoken–tension, emotion, and brotherly love shine through.

Miles Teller’s Andrew has opened up again to the teacher who made him have a nervous breakdown, joining him for a concert performance where he could have a chance to get recruited to something bigger–his lifelong dream. Yet JK Simmons Terrence Fletcher does not exactly have his best intentions in mind–or does he? This scene is a back and forth, what the whole movie has been building toward. Andrew seems to get his revenge on Fletcher, but has this been Fletcher’s plan all along? It’s intensely packed, filled with drum solos, exasperation, and at last some smiles.

4. We Are the Best! – The Big Performance

The movie has been building to the three lead girls being able to perform one of their songs live for the first time. However, when they finally get to play, it doesn’t turn out exactly as they expect it to. Lukas Moodysson takes the typical big final performance so common in music movies and turns it upside down, having the girls incite a riot where the lyrics of the song are changed and they are fighting with the crowd. It’s hilarious in the most punk way possible.

Room after room aboard the train has brought unexpected, but mostly safe discoveries. As they approach the next room, Bong Joon-Ho slows everything into slow motion, the doors slowly open and a group of sword carrying men dressed entirely in black appear, lined up and ready to stop the coming rebellion. Intensifying the film further, the man in front proceeds to grab a fish, slowly slice it in half–letting the blood drip down as if to warn them of what is to come. It’s a visceral experience.

2. Under the Skin – Black Room

Scarlett’s character serves as a predator, taking men home as if to sleep with them, but instead they enter into a completely dark room and as they begin to undress they slowly sink into a murky black substance, slowly evaporating into a state of nothingness. These are scenes where you can never be sure what is exactly happening, but all of its aesthetic wraps you up like the dark ocean the men fall into. The musical score in these scenes is not only the best of the year, but might be up there with my favorite of all time.

Returning from a planet that has cost him decades off the lives of everyone but himself (he spends only a few minutes there), McConaguhey’s Cooper watches the backlog of videos left by his family over the years. He sees them grow before his very eyes, sees his grandchildren, the choices they have made, and all their doubts and fears as to why they haven’t heard from him in so long. Here the cost of the mission he is on is fully realized and sorrow and regret creep into his soul as he is reduced to tears. It’s an absolutely heartbreaking scene and shows what height Interstellar was capable of soaring to despite its various flaws.

Like Loading...
Academy Awards, Best of 2014, Top Ten List academy awards, best scenes of 2014, blue ruin, foxcatcher, gone girl, guardians of the galaxy, interstellar, oscars, snowpiercer, the immigrant, the lego movie, under the skin, we are the best, whiplash