Last week I excitedly wrote about the latest Netflix venture Wet Hot American Summer: First Day of Camp, which I had previously seen (and if you Google it, it still says it) was coming out Friday, July 17th. Apparently that’s not true, as I discovered when trying to find it on Netflix. I only have one purpose with these post, to inform the reader what is happening throughout the week and I failed at this. Apparently the internet is a much harder place to navigate than I previously imagined–I apologize–and hope I can gain back your trust.

The side project of Real Estate guitarist Matt Mondanile releases their fifth album this Friday. Listen if you like lo-fi pop with a psychedelic tinge. 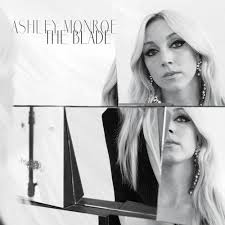 Another country release in the edgier vein of Kacey Musgraves. She was also a part of Miranda Lambert group The Pistol Annies which is a pretty cool name, so you might wanna check it out.

A World War II drama/thriller which follows a Jewish woman recently freed from an interment camp–disfigured from the horrors that occurred there. After getting reconstructive surgery she heads home to a husband who can’t recognize her. The underlying tension lies in the mystery of who betrayed her to the Nazis–was it her husband? She uses her new anonymity to figure out this mystery. This film has pulled great reviews, and is likely as intense as it sounds.

The latest adaptation of teen novel writer extraordinaire John Green seems to combine two teen movie tropes: the one special life-changing evening and let’s road trip to solve some sort of mystery that only WE can solve. And it apparently seems to be doing so to pretty good effect as the reviews are pretty good. 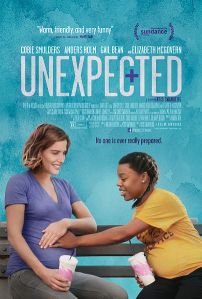 A teacher and one of her students both get pregnant at the same time, which not only sounds terrible, but also makes for a terrible movie poster (see above). However early reviews paint the film as charming and humorous. Not sure the film will be a hit with the crowd that might typically watch it or that the people who actually would like it will actually see it, but these reviews spark intrigue for me.

A gritty boxing film with a gritty buffed up performance from Jake Gylenhaal with Rachel McAdams combining her gritty performance in True Detective while paying tribute to Amy Adams’ gritty performance in The Fighter and 50 Cent to make sure you knew there was some real grit in there, all directed by Antoine Fuqua who previously helmed other gritty films like Training Day and The Equalizer.

A surreal and haunting documentary that allows a Cape Verdean immigrant to tell stories of his life–some filled with truth–others stretched or imagined. It’s very darkly shot and the trailer escapes any sort of defined plot.

Why is Adam Sandler in this film? He’s hardly any sort of leading man other than being in his own Sandler-esque comedies. He’s not really the proto-type for a nerd, which is the kind of hero this movie about video games coming to life calls for. It’s a pretty clever idea that I would be exponentially excited for if Sandler wasn’t the star. Sandler belongs in films that use his idiosyncrasies either as straight forward showcases of man-child as comedy or as incapable human beings trying to survive in the world (a la Punch-Drunk Love). Director Chris Columbus is fairly capable at directing blockbusters (his catalog is spectacularly full of the biggest films to the point that one wonders if he is almost an auteur of big motion pictures–I mean just look: Home Alone, Mrs. Doubtfire, Bicentennial Man, Harry Potter (1&2), Percy Jackson, not to mention countless producer and screenwriting credits). There are no reviews out yet, which is not a good sign, and I can’t imagine it will be very good.

Apparently every television network decided to premiere their new reality TV premises this week, because that’s pretty much all we’re getting. Esquire’s The Agent follows four sports agents around, FOX debuts Knock Knock Live a door to door game show that follows around Ryan Seacrest as he comes to your door! FOX also gives away a lot of houses in Extreme Home Makeover fashion, with Home Free. Last Comic Standing is back on NBC, Esquire is having a burger competition (The Next Great Burger), and VH1 gives us what we’ve always wanted, twins battling other twins in Twinning! TLC proves that God is real with Answered Prayers, while actual funny comedian Jimmy Pardo hosts a quiz and puzzle game show called Race to Escape on Science. Lastly, E! premieres two new follow these people around shows in Stewarts and Hamiltons–following Rod Stewart and George Hamilton’s families–and I Am Cait–the soon-to-be record breaking show about Caitlyn Jenner.

All this talk of reality TV, but really the reality show you should watch is from South Korea and is called The Genius. Here, a link to the first season on YouTube.

This video of Chance the Rapper performing “Sunday Candy” alongside Kirk Franklin is great and is a reminder of how great this song is: