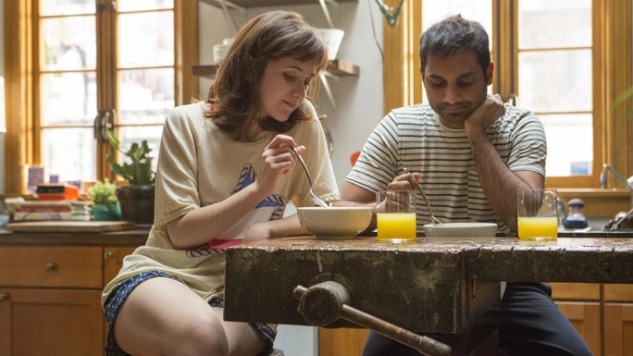 All of the Fargo episodes are fantastically edited and feature unique sequences that are quite memorable, but each episode’s main content is fairly similar, meaning any episode could be in this spot. This one makes the top 10 because the end of it truly shocked me like very little does in television.

A unique sitcom that eventually grew tiresome, The Last Man on Earth‘s pilot featured a solo Will Forte making his way around the earth like Will Smith in I Am Legend if Will Smith’s character had been a Judd Apatow-esque slacker. It left the audience wondering just how long its creators would try to pull this off (answer: not long enough).

8. Nathan For You – “Smokers Allowed”

Nathan For You episodes either rely on people’s reactions to his awkward questions and suggestions or the strange experimentations he comes up with. This one starts with the former (getting a bar owner to change her bar into a theater so they can exploit the theater loophole that allows smoking), but changes to the latter (hiring actors to reenact the “performance” that took place word for word and action for action and getting people to pay to watch it).

David Simon’s mini-series is the most David Simon series possible, a political drama taking on the addition of low-income housing into the city of Yonkers and all of its consequent repercussions. Episode one sets us right into the action, portraying all of the sides, investing us into the lives of the characters, and scanning through the important events of the story.

“Family Day” begins with a family of four planning a day to the beach and ends with two of those four plus a best friend and sister sitting in a van drinking cheap wine. It’s the best of Togetherness, setting the tone of a show that views marriage, family, and life through a lens of joyful melancholy.

5. The Americans – “Do Mail Robots Dream of Electric Sheep?”

I almost picked “Walter Taffet” here for its brilliant use of Fleetwood Mac’s “The Chain”, but I was forced to pick “Electric Sheep” due to how uncanny an episode this was for The Americans. The episode takes place with Phillip and Elizabeth on a mission, but instead of hurrying it along, it spends the episode’s length there, allowing us to experience it moment by moment. When someone unexpected shows up, we are forced to truly confront how we feel about these characters and just how much their allegiance to what they do motivates their every action.

Note by note a perfect picture of what Review is all about. “Cult; Perfect Body” has Forrest review both those things, building one on top of the other as he builds a very successful cult, then loses it only to show back up with his “perfect body” culminating in an all out war, the loss of another girlfriend, and forcing his dad to once again change living facilities.

3. Parks and Recreation – “One Last Ride”

The finale to Parks and Rec may have forecast utopian bliss for each of its characters, but it really was the ending we all deserved. This show is probably my favorite comedy of all time and here it reminds you that its heart was always as big as the laughs it gave.

Master of None’s weakest moments were scenes of characters walking or talking at a bar, seemingly reading straight from the script rather than acting out those scenes. “Mornings” is the antithesis of that, a montage of  mornings between the recently cohabitated Dev and Rachel. It showcases the joys and struggles of living alongside someone you love in a way that touches the cinematic.

1. Parks and Recreation – “Ron and Leslie”

Earlier this year I named this my favorite Parks episode of all time and considering I consider it one of the best shows, it’s only fitting it ends up here. “Ron and Leslie” takes what is perhaps the show’s most important relationship, estranges it, and then literally forces them in a room together to work out their differences. Ron and Leslie were always in opposition and it only makes sense that this would one day lead to some sort of falling out, considering just how stubborn each was. The way it has them come to resolution will have you believing in the power of friendship like no other piece of culture could. Grab your tissues.

Honorable mentions: Unbreakable Kimmy Schmidt – “Kimmy Goes on a Date”; The Americans – “Walter Taffet”; Fresh Off the Boat – “So Chineez”