I realize I’m a little behind schedule, but the holidays were a busy time. My lists will continue with best albums, tv shows, and movies, but first the best podcasts of 2015, featuring five shows that have never graced my top 10 before!

Panoply’s new podcast is a one-man show hosted by Face the Nation host John Dickerson. It’s completely scripted, telling fascinating tales of election campaigns past which ultimately prove the world of politics was never so pure.

Small bites of economic theory done by some of radio’s best storytellers. Planet Money’s episodes are always a lot of fun, while also providing insight into the world’s most complex ideas.

Fivethirtyeight launched their first podcast this year and it’s everything I could have hoped for: a deeply insightful, statsy, and anti-hot take (as the title implies) sports podcast. Lest you get the impression that it’s a complete nerd-fest, at its core it’s a really solid sports talk show.

From Panoply, About Race is all about the ways in which race gets talked about in the media. It’s often a lively and challenging conversation with different and conflicting opinions showing their face throughout. It’s not something that someone who doesn’t agree with the panel’s opinions would easily be able to get into, but it’s nonetheless full of important and necessary perspectives. 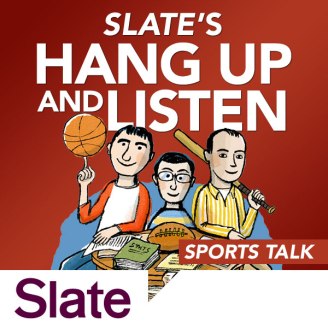 6. Slate’s Hang Up and Listen

Hang Up and Listen has made the list every year since I started ranking podcasts and still it remains. It’s intelligent sports talk, and, like Hot Takedown above is so refreshing amidst the voices of yelling morons in sports radio. I must admit there is a certain level of highbrow required to listening to it, not everyone will be into the hosts going off on poetic tangents as happened at one point this year in response to Kobe’s retirement poem–but for me, I would ask for nothing less.

5. Rob Has a Podcast

Another show who has made it every year since my podcast list inception, Rob Has a Podcast covers Survivor and other reality television, using the podcast format to its fullest with multiple episodes per week. Rob Cesternino’s use of live shows is great for the instant reactions we crave when watching reality tv, but he always adds intelligent follow up shows throughout the week for those who desire a deep dive. He’s created a whole nation of devoted fans, and I am placed firmly within that group. 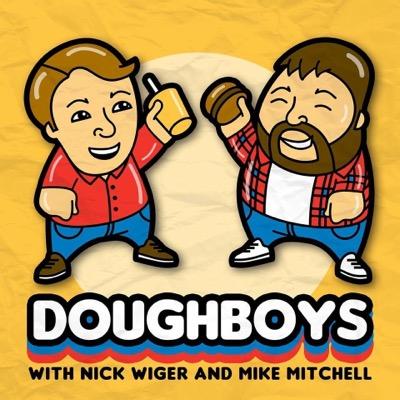 Podcasts have to have a good premise, mixed with good chemistry, and continuing creativity in order to hold my interest. There are many podcasts that, despite an interesting premise I have not continued to listen to. Doughboys captured all three of these requirements, Nick “Burger Boy” Wiger and Mike Mitchell of “Spoon Nation” have an instant chemistry, a legitimate sincerity about chain restaurants, and a hilarious sense of humor that transcends all of it. It captures everything that the more pointed comedy chat podcasts should be striving to be.

Comedy Bang Bang is the king of comedy podcasts for me with each episode be a must-listen in an often crowded market. Scott Aukerman keeps every episode lively, while old guests and a deep canon mix with new improvisers creating instant classics. Each additional episode pays off listening to the last, but even without all the context it is hilarious.

If Comedy Bang Bang is the king of comedy podcasts, then This American Life reigns atop all storytelling shows. Each week a new episode is released I never really believe that it will pique my interest as the last one did, but almost every week I am surprised at just how good it is. There are a lot of storytelling shows that have come out in its wake, but I still think that Ira Glass and company are the best at what they do.

The Gist is a daily news show covering hot topics, interesting facts, or whatever else crosses host Mike Pesca’s mind. Pesca is a veteran of public radio and always brings a nuanced, intelligent opinion to all of his view points. Add to this his great sense of humor and segments like: ‘Is that bullshit?’ and the year in pop, and you have the year’s most consistently great podcast on your hands. With the amount of podcasts I subscribe to (around 50 that I listen to at least every once in a while) I shouldn’t have time to listen to a show that comes out every day, but still I try to make time to catch up with every episode that comes out.

If there were more eps: Surprisingly Awesome, Next Picture Show, Getting Curious