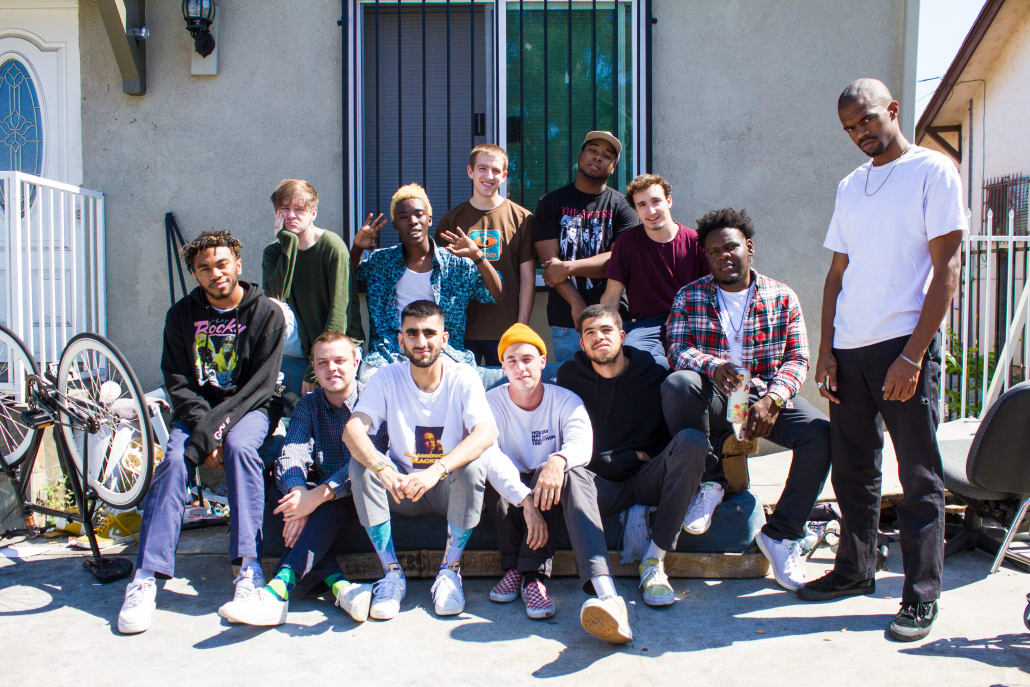 The list continues, read the pre-cursor and part I.

This song (and “Neighbors” below) deserve good headphones to catch the intricate beauty of what Grizzly Bear does sonically in their songs. There are intricate layers compiled together in what on its face seems to be a pretty straightforward indie rock song, but is devastating when paid close attention to.

Alvvays are one of a number of bands reviving the raw bubblegum rock of the Ramones, doing so with more delicate melodies than the brashness of that band, while still maintaining all the energy that makes their songs so fun.

Adam Granduciel has created another beautifully airy folk record with A Deeper Understanding. “Holding On” is a soothing and soaring song that seemingly rises throughout its runtime. I’ve always maintained The War on Drugs is the best summer come-down band out there, their music is relaxing and breezy, just what you need after a long summer’s day.

MIKE’s avant-garde hiphop is not the most accessible, but “VICTORY LAB” features great backing horns and a soul filled chorus from Mal Devisa that are a great accompaniment to MIKE’s laid back delivery.

Jay-Z’s response to Beyoncè’s throw everything on the table in groundbreaking fashion Lemonade is surprisingly forthright about his infidelity and his mistakes, he also continues his rags to 1%-er braggadocio tale, even going as far as  laying out his financial planning strategy in some lyrics. Here he combines both, offering up my favorite lyric from the album, appropriately backed by a Beyoncè vocal: “what’s better than one billionaire? Two.”

Smino was a great discovery of the year, blkswn was one of the more underrated hiphop albums of the year. He’s got a unique flow, switching back and forth between R&B melodies and a rap delivery. “Netflix & Dusse” is the catchiest song on the album and features some of the best wordplay of the year:

“I got a pizza on the way, bae, bae
I’m tryna lay, lay
Lil’ lady, ayy, I brought a bouquet
Of the treefer
And I’m feelin’ like we should d-d-duck away
Netflix and Dusse And if I do say so myself
That ass a creature”

The New Pornographters’ new album has melodies so catchy you feel as if you need to eat veggies to make up for their sugary pop-ness. Both this and “Whiteout Conditions” (below), are filled with easy drums and synths that’ll force you to smile.

Kamasi Washington has transcended jazz, breaking his way into indie music blogs thanks to his 2015 magnum opus The Epic and his participation in Kendrick’s To Pimp a Butterfly. Harmony of Difference didn’t quite get the same buzz, but was nonetheless an excellent record, featuring one motif across six tracks, my favorite being “Knowledge”.

A fun hiphop “boy band” featuring 16+ members who met on an internet forum, Saturation II is filled to the brim with promise, not everything hits, some lines are quite clunky, but there’s perhaps no other hiphop album as refreshing and progressive as this one. Saturation III was released this week and on a first listen feels just as promising.

Feist’s new album completely avoids the cute Apple commercial indie rock that made up so much of the mid-00s. Instead its a sprawling and often surprising album. “Century” is raw, lead by its bass line and drums, into an epic and nearly shouted chorus.

Sufjan Stevens, Bryce Dessner, et al’s music project based around the solar system truly does feature some of each member’s best work. “Neptune” is as beautiful as any song Sufjan has ever made. Sufjan may have never completed his 50 states project, but he has now made a song about every planet, so there’s that.