The Academy of Motion Pictures Association recently announced a few changes to their format, the most notable announcement, drawing the ire of film critics everywhere, was the introduction of an “Outstanding Achievement in Popular Film” (or what we’ll refer to as”Best Popular Movie” from here on out) award. The move seems to be done with the hope of drawing larger ratings, a likely misguided strategy that will offer muddled takes on “popular” movies, the best of which were already being nominated anyway (Inception, Lord of the Rings). The more cynical take comes with Variety’s reporting that ABC pushed the Academy to increase ratings, sparking these changes (the most cynical take of all comes when you note that ABC is owned by Disney, who owns Marvel, Lucas Arts, and Pixar, three studios likely to benefit from an award like this). This award will likely do little to increase interest in the ceremony, instead it will somehow hurt both small and large movies — taking attention away from the small ones, while making successful ones less likely to be voted into the Best Picture category.

Despite this being a ridiculous idea, it’s a fun exercise to think back to what would have won in the past. I recently redid the Best Picture winners of the last ten years, so why not go back and imagine what could have won Best Popular Movie in the past?

The Academy did not announce what the parameters of this award would be, so we’ll have to figure this out ourselves. The two ideas that instantly come to mind are:

The first idea would make sense, but it instantly gets complicated by time constrictions. Your Star Wars movie, typically released in December, would have a huge opening, but likely wouldn’t qualify because movies released earlier in the year would have had a chance to accumulate across the entire year. You could get around this by finagling the award so that the movies that movies could qualify across a two year period, depending on which year they made a bulk of their money, but that would only cause further disinterest rendering the award as meaningless as the word “new” in the Grammy’s “Best New Artist” award.

I think the solution is the second option, which bases a movie’s popularity in its opening weekend, averaging the scores and allowing your late-in-the-year hits to qualify. The problem here is that it’s not a true representation of what was popular in the year, there are plenty of movies that opened huge, but quickly fell off after people actually saw it. In that same vein, there are movies that opened slow to become some of the biggest hits of the year (The Greatest Showman did this last year, American Sniper a couple of years ago, and classically My Big Fat Greek Wedding is did this). For this exercise we’ll have to neglect the surprise hits in favor of the movies that were successful from the start.

Here’s how it will work: The movies with the top 25 opening weekends of the year will qualify to be nominated by the Academy. The assumption is that they will pick the five nominees from those movies they think are the best. We don’t know exactly how the Academy will word the language of the award–should voters truly vote on what they think is the best of the qualified or should they focus more on the popular aspect? This affects movies like Gravity and Mad Max: Fury Road both of which were beloved critically and were nominated for Best Picture, but still qualify for this award. We can’t know for sure the way the Academy will swing, but we’ll do our best to select something representative of the best popular movie.

The other issue is whether a film nominated for Best Picture will be able to qualify for Best Popular Movie. We’re gonna go yes here, playing by the rules of Best Animated Feature and Best Foreign Film which allow a film to be nominated by both. These are prime examples of why a popular movie might actually get hurt by this award, as Best Animated Feature has only had two movies cross over into Best Picture since its inception (Up and Toy Story 3) and Best Foreign Language Film has only had eight (including Crouching Tiger, Hidden Dragon; Amour; Life is Beautiful; Bergman’s Cries and Whispers; and Le Grande Illusion ). Voters perceive these movies as already receiving accolade and are less likely to vote them in even if they are one of the top five movies of the year, but there’s an off-chance something could sweep it entirely.

The winner: The Dark Knight – This is literally why we’re doing this exercise right (other than Black Panther, which is the #1 reason)? The Dark Knight revolutionized the movie industry, even as Marvel was introducing their corporate strategy to us, Dark Knight grabbed everyone’s attention with the combination of populist entertainment and Christopher Nolan’s artistic flare. This is a strong year otherwise, Wall-E not getting nominated had some outcry as well (it is one of the best movies of all time, after all…), while Iron Man remains one of the strongest Marvel movies, and Step Brothers is considered one of the best Will Ferrell/Adam McKay features, the type of movie that stands to benefit from an award like this.
2009:
The nominees:
Avatar
The Blind Side
The Hangover
Star Trek
Up
Noteworthy snubs: Inglourious Basterds, Harry Potter and the Half-Blood Prince, Fast & Furious, District 9, Sherlock Holmes, Twilight: New Moon, Transformers: Revenge of the Fallen
The winner: Avatar – One of the most successful movies of all time, it was already this close to taking Best Picture–Avatar is an obvious choice here. This was a year that increased the nominees to ten, so three of the nominees (Avatar; The Blind Side; Up) were already nominated for Best Picture. The biggest benefactor here is The Hangover, which was already making a push for Best Picture during that year. It seemed like a possibility at the time, but when’s the last time you heard anyone talk about that movie? Maybe an award like this would keep it in conversation for the years to come.
2010:
The nominees:
Alice in Wonderland
Harry Potter and the Deathly Hallow pt. I
Inception
Shutter Island
Toy Story 3
Noteworthy snubs: Despicable Me, How to Train Your Dragon, Iron Man 2
The winner: Inception – I can imagine the battle now, Toy Story 3 taking on Inception for Best Popular Film. Of course, Toy Story 3 would also be pushing for Best Picture and Best Animated Feature, which, again, makes this whole thing so weird. Inception is the perfect movie for this, a successful genre film with some smarts to it, that also developed the kind of following and zeitgeist that is worth pandering to–in fact, Christopher Nolan might actually benefit more from this award being added than Marvel/Disney/Lucas Films.
2011:
The nominees:
Fast Five
Harry Potter and the Deathly Hallow pt. II
Rise of the Planet of the Apes
Super 8
X-Men: First Class
Noteworthy snubs: Captain America: First Avenger, The unholy trilogy of sequels in the Twilight, Transformers, Pirates of the Caribbean series of movies.

The winner: Harry Potter and the Deathly Hallows pt. II – I stan for Rise and First Class and I think Fast Five would get votes with the spark it brought to that franchise, but Deathly Hallows II gets it in a Lord of the Rings style nod to the finale of films that were quite good and well respected. Nowadays First Avenger gets a lot of love, but back in the day it wasn’t as hot, so I think it would have missed out on a nomination in this strong field–then again Disney probably works their magic and forces its way in there, but we’re envisioning a more pure world…
2012:
The nominees:
The Avengers
The Dark Knight Rises
The Hobbit: An Unexpected Journey
The Hunger Games
Skyfall
Noteworthy snubs: 21 Jump Street, Brave, The Amazing Spiderman, Wreck-it-Ralph, Magic Mike
The winner: The Avengers – There’s no way anything beats Avengers here, it was a lauded cultural phenomenon. Personally, I think Skyfall is the deserving winner, it’s a beautifully shot and artistic Bond flick and what I’d hope would win in this new category, but, it’s Avengers so it has to win.
2013:
The nominees:
Fast & Furious 6
Gravity
The Great Gatsby
Pacific Rim
World War Z
Noteworthy snubs: Hunger Games: Catching Fire, Iron Man 3, Man of Steel, The Conjuring, Monsters University, Thor: The Dark World

The winner: Gravity – This is a really difficult year to predict, both nominations-wise and winner-wise. Gravity was successful at the box office (though I don’t remember anyone talking about it at all) and nearly won Best Picture anyway, so I imagine voters would give it this award, especially in a year where great, popular movies were so few and far between.
2014:
The nominees:
Captain America: Winter Soldier
Dawn of the Planet of the Apes
Guardians of the Galaxy
Interstellar
The Lego Movie
Noteworthy snubs: X-Men: Days of Future Past, Big Hero 6, Neighbors, The Hunger Games: Mockingjay – Part I
The winner: Guardians of the Galaxy – 2013 was weak, but 2014 features five of the strongest contenders yet. Interstellar was a hit that provided the classic pop-psychology Christopher Nolan is famous for. The Lego Movie was considered one of the funniest movies of the year and truly delighted audiences and critics. Winter Soldier got everyone on board the Captain America train. Dawn was a true artistic achievement. But ultimately it goes to Guardians, which blew up, getting Star Wars comparisons, and launching characters nobody had ever heard of into the pop culture as mainstays (after all, they have their own ride at Disneyland now!).
2015:
The nominees:
Inside Out
Jurassic World
Mad Max: Fury Road
Mission: Impossible – Rogue Nation
Star Wars: The Force Awakens
Noteworthy snubs: The Avengers: Age of Ultron, Cinderella, Ant-Man, The Martian, 50 Shades of Grey, Spectre, Furious 7, Minions 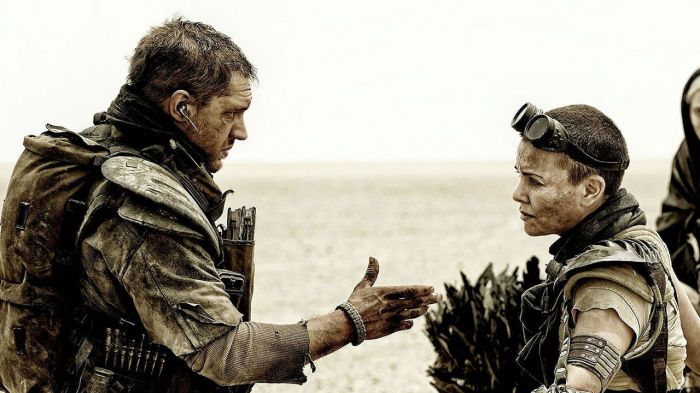 The winner: Mad Max: Fury Road – This is a really tough year, because if the academy loved Inside Out they likely would have nominated it for Best Picture (regrettably, they did not). People liked Rogue Nation a lot, but I don’t think it would be able to take it. The new The Force Awakens is number two here, but I think enough people were mixed on it that Fury Road would take it on the crossover votes it might have received from already being Best Picture nominated.
2016:
The nominees:
Captain America: Civil War
Deadpool
Finding Dory
The Jungle Book
Rogue One: A Star Wars Story
Noteworthy snubs: Moana, Zootopia, Dr. Strange, (DC Comic crossover movies)
The winner: Deadpool – I originally put The Jungle Book, which captivated audiences with its gorgeous graphic effects, but I think Deadpool might take it here, if only for the fact that they were already pushing so hard to win Best Picture anyway. It was a solid year for animation, but I think those things tend to cancel each other out, rather than help.
2017:
The nominees:
Coco
Dunkirk
Logan
Star Wars: The Last Jedi
Wonder Woman
Noteworthy snubs: It, War For the Planet of the Apes, Spider-Man: Homecoming, Thor: Ragnarok, Beauty and the Beast, Guardians of the Galaxy vol. 2 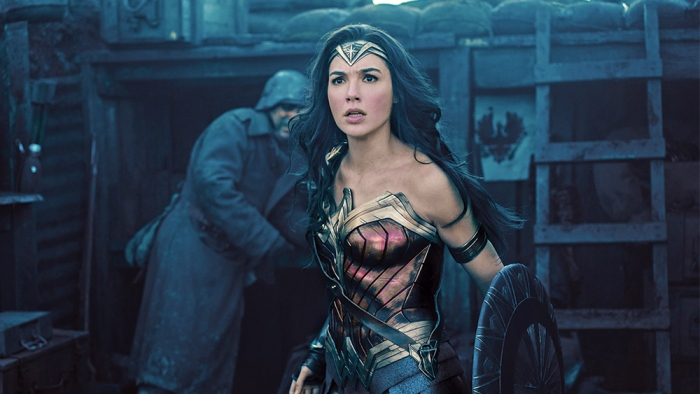 The winner: Wonder Woman – This might be the most solid year out of all them, with much liked sequels like Planet of the Apes, Spider-Man, and Thor all missing out on nominations. Dunkirk somehow made enough money to qualify and gets the crossover nomination. People loved Coco and there’s a weightiness to it that it qualifies too. Star Wars was beloved enough by film critics that it would survive its racist and misogynist backlash for a nomination. Logan was respected enough by the Academy to get a screenplay nom. But Wonder Woman was really well regarded and would have been the perfect choice during an Oscar’s where the Time’s Up and Me Too movements were at the forefront.

Let’s do some early 2018 predictions.