The humorous and quirky folk album I wish Courtney Barnett would have put out this year.
24. Pusha T, Daytona

He should have made it a couple tracks longer and took out the Kanye verse, but the back to back to back of “Hard Piano”/”Come Back Baby”/”Santeria” is undeniable. 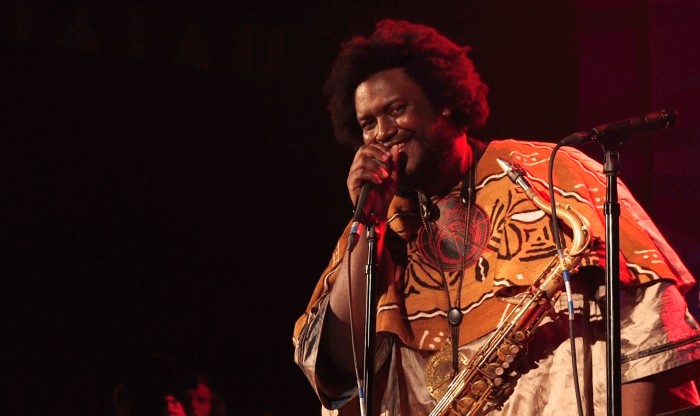 It’s hard for any non-jazz aficionado to comment on jazz and from what I understand Kamasi Washington is not a favorite amongst those in the know. What I know, however, is that Heaven and Earth is a beautiful and epic and complex album that I find equally stunning and frustrating–if that’s not a perfect description of jazz, then I don’t know what is.
22. Joey Purp, Quarterthing

Joey Purp is still underrated, even after Quarterthing. He’s playing on the same sort of experimental fields as Vince Staples and Kendrick. He’s got the bars to match just about anyone. He should be bigger. There are a couple of songs that don’t really work for me on Quarterthing, but the strength of the rest of the album makes it worth returning to over and over again.

Hailing from England, Pale Waves’ indie pop is filled with an 80s tinge with tales of forlorn love to low key electronic vibes.
20. Saba, Care For Me 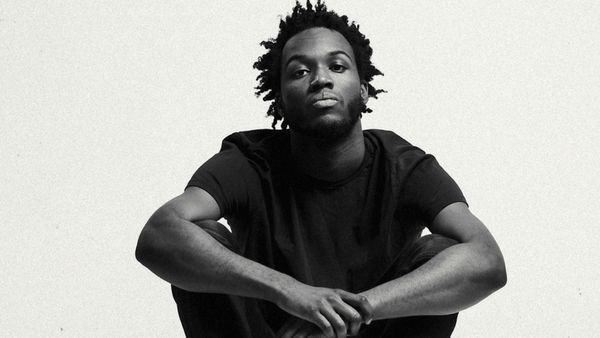 I’m a sucker for the kind of hip-hop Saba makes: the beats are quieter and more eclectic, the lyrics are thoughtful, and the bars are filled with technical precision. In Care For Me, Saba opens up chronicling his cousin’s death, a theme that repeats throughout the album as Saba reflects on the violence of his community. It’s not an overly serious album though, Saba’s too talented for any of this to feel like a bummer, instead it walks that line that hip-hop often does–audacious songs about tragic circumstances.
19. Half Waif, Lavender 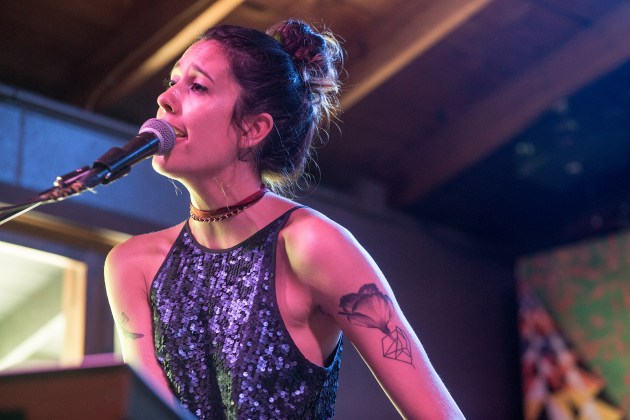 I like to think of Half Waif’s music as electronic dirges—they’re somber, often sad songs, made electronically as singer Nandi Rose Plunkett belts out poetic lyrics over soft beats and adds vocal effects. It’s as if Imogen Heap spent time in a rock band (which Plunkett did), giving those production effects a more grounded feel.
18. Mitski, Be the Cowboy

Mitski’s latest is assured and almost operatic in the way she’s able to bring a sense of drama to her music. These are composed rock songs, featuring piano bits, distorted guitar riffs, pounding bass lines, and the occasional orchestral movement.
17. Earl Sweatshirt, Some Rap Songs

One of a slew of shorter, more experimental rap albums that appeared as a gift from God amongst several rap marathons (looking at you Migos, Drake, Meek Mill). Sweatshirt is one of the best in the game and his experimental side has him exploring new depths.
16. Cardi B, Invasion of Privacy

From the “Dreams and Nightmares”-esque “Get Up 10” to the clever “Bartier Cardi” to the SONG OF THE SUMMER “I Like It”, Cardi delivered a complete album that manages to be greater than the sum of its singles. She’s a technical talent with a real pop sensibility, combining the two for a layered and fairly consistent album.
15. Camp Cope, How to Socialise and Make Friends

At times aggressive and at times naked with emotions, Camp Cope run the gamut, addressing anger at the sexist society and working through personal tumult. Singer Georgia Maq’s voice makes the album, gnarling when necessary and tinging with desperation at other moments.
14. Curren$y, Freddie Gibbs, and Alchemist, Fetti 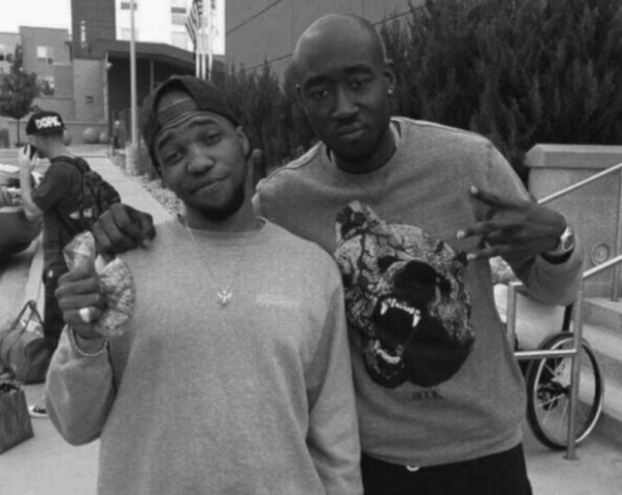 A short and low key album that tonally hits all the right notes. Gibbs and Curren$y show off their technical skills over Alchemist’s distorted and drowsy beats.
13. Krimewatch, Krimewatch

An album that finishes within 15 minutes, Krimewatch is filled with enough fury and diversity that you don’t even take a second to reconsider it. Every piece of hardcore and punk is here, from gang vocals to breakdowns to furious undecipherable lyrics. With songs that are half in Japanese, the band is inherently political in the way it breaks all the norms. It’s a bolt of immaculately crafted anger.
12. Future, Beast Mode 2 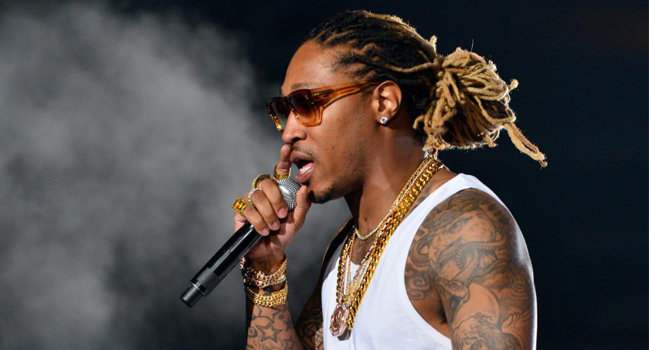 Iceage’s continues to evolve from their original post-punk sound to 2014’s alt-country punk, to this album which adds all sorts of musical ideas, including horns and goth vibes. Each step is a step forward and Beyondless is moody and unconventional, the sort of experimentation you could see being referenced for years to come.
10. Soccer Mommy, Clean

Soccer Mommy’s Sophie Alison spends most of Clean singing through gritted teeth, restraining the emotions and self doubts kept within. Her guitar quietly strums, most of the focus on her voice, serving as lead instrument as she conveys exasperating moments such as the realization “I guess I’m only what you wanted for a little while” or the defiant “I’m not a prop for you to use when you’re lonely or confused”. Of course, Alison also has points where songs build into rock grooves and beyond restrained into full-fledged emotion. There are impeccably crafted songs and melodies here, delivered with all the angst you would want in an album like this.
9. Car Seat Headrest, Twin Fantasy 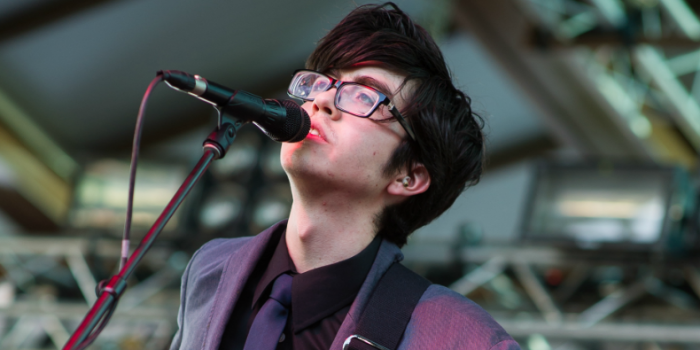 A rerecorded version of this past album, I’m including it because I had never listened to it before. Will Toledo might be the greatest pure songwriter in indie rock right now. They’re complex and intricate, catchy and melodic and filled with interesting ideas both musically and lyrically.
8. The Carters, Everything is Love 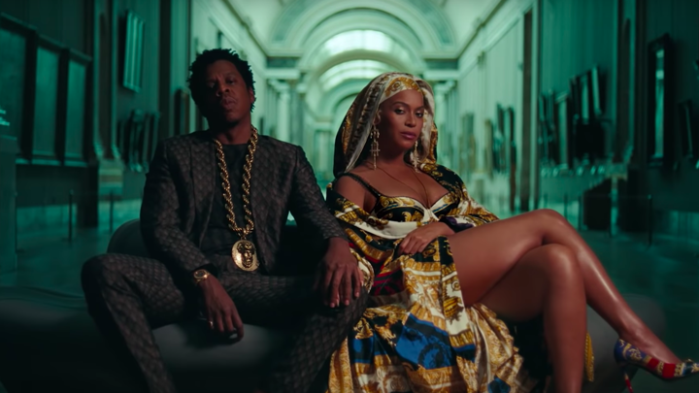 Many found Jay-Z and Beyonce’s album underwhelming, lesser than the sum of its parts, but I found it utterly listenable. Beyonce reigns here at times reducing perhaps the greatest emcee ever to a bit part as she goes off. Of course, HOVA is playing on his heels here, he’s the one who’s made the mistakes, but he gets in some good verses too. This is one that perhaps feels minor in the sagas of each of these artists, but it’s one I’ll continually return to.
7. Vince Staples, FM!

This album is short and anything but sweet, playing like a radio station in the middle of summer. Like a lot of Staples’ past work it takes the idea of summer and haunts it with the reality of his life in Long Beach. It’s fun, it’s aggressive, it’s clever, and it’s real.
6. Snail Mail, Lush 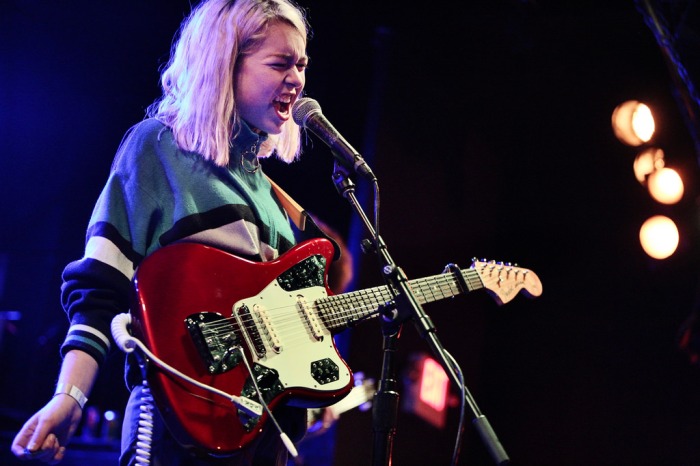 On its face there’s no way to really describe what makes Snail Mail so special, it’s pretty straightforward lo-fi indie rock. Part garage, part singer-songwriter crafted in someone’s bedroom, it elevates all of its descriptors with little moments that soar into magical songwriting heights.
5. No Name, Room 25

No Name has always shown a talent technical precision, rising as a spoken word artist before veering into hip-hop. Room 25 maintains her talents as a rapper, but elevates her sound by showing off a newfound knack for great melodies. She’s definitely matured and comes off more aggressive, exploring new ideas with poignant poeticism.
4. Janelle Monae, Dirty Computer 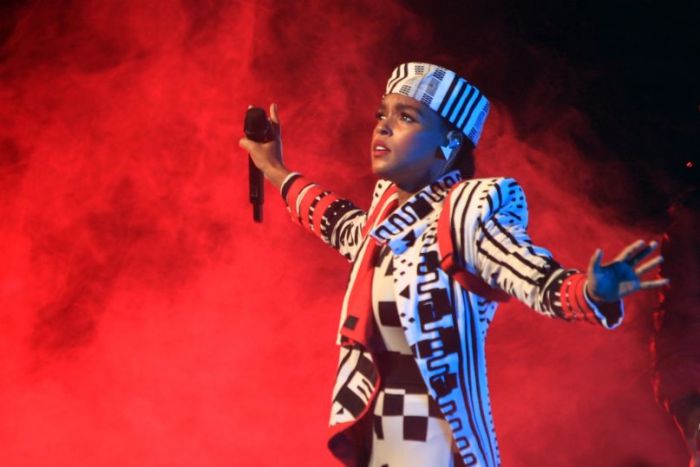 Monae dropped the metaphors on Dirty Computer, speaking for herself in a poignantly political and personal album. In the past her ideas have overcrowded one another, making for exhausting albums with huge highs; here she’s able to hold them all in tension, showing off her aptitude at bars, pop melodies, and funky grooves.
3. The Beths, Future Me Hates Me 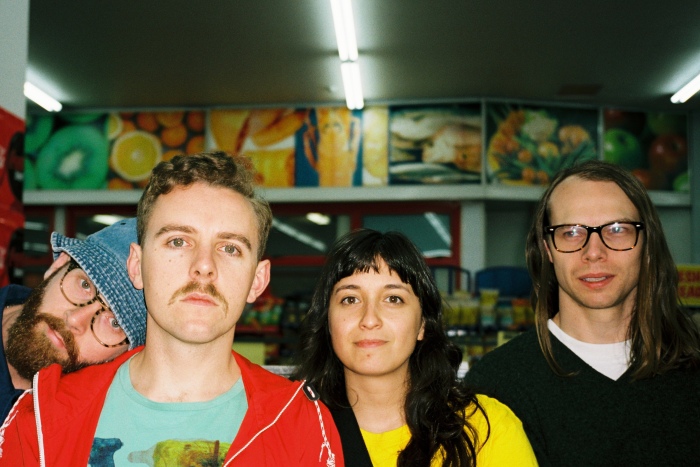 Hook-laden guitar pop from New Zealand. The Beths are talented songwriters in a thriving genre but truly stand out because of their delightful almost choral arrangements they put in their songs. This is summer music at its finest.
2. Black Panther: The Album

This is basically a new Kendrick album which means its vibrant, creative, and aggressive, using a diverse spread of artists to not only capture the feel of the movie, but to create bonafide jams. It’s cinematic, taking cues from the film itself and features Kendrick as a through-line in an album that includes features from: ScHoolboy Q, Vince Staples, SZA, Swae Lee, Jorja Smith, Mozzy, Future, James Blake, Jay Rock, SOB X RBE, etc… You can’t beat that.

1. Idles, Joy As an Act of Resistance 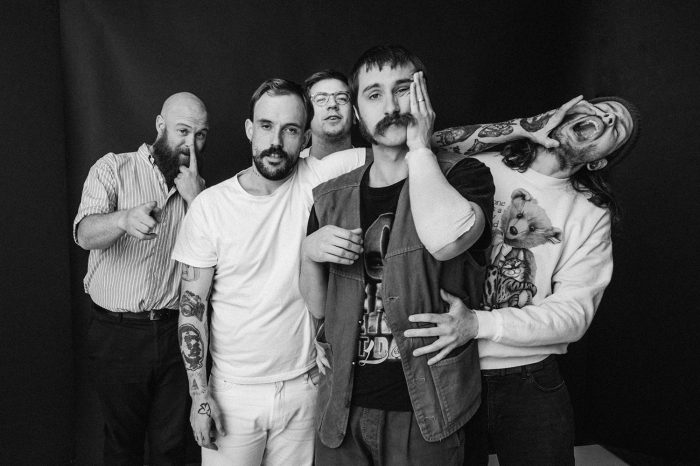 I’ve heard this album discussed as “snowflake oi”, combining the insult thrown at sensitive progressives with an aggressive subgenre of punk music. That fits, as Idles advocate aggressively against racism, homophobia, and sexism in the midst of an album that’s aesthetically not too different from the Sex Pistols. Punk is a genre that’s attracted neo-Nazis and has long been a boy’s club, Idles fight against those notions, using the idea of joy to cut through the hate.