I’ve finally got around to it, counting down my favorite films of the decade. I figure Filmspotting is doing their March Madness bracket to determine what movies were the best, so I can release mine now without feeling too dumb.

These are the best movies of the decade according to me. It’s some combination of what I enjoyed the most during the decade, feel best represents the height of movies during this time period, and what I think are just pure achievements that will hold up for all time. It’s a ridiculous list, filled with a fairly wide-ranging amount of directors and styles and acclaim. Hope you hate it!

Early conflict leads to what ends up being a pleasant ride focused on the pleasures of food, friends, and family. What a joy.
100. Embrace of the Serpent 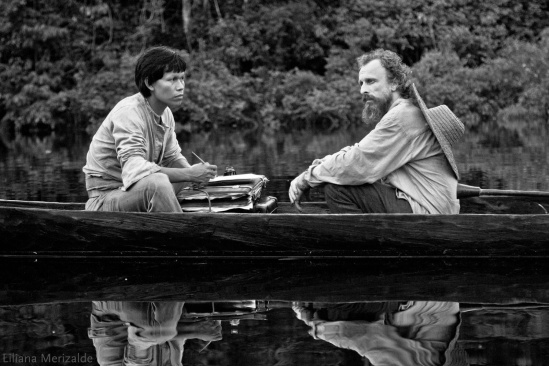 A dark and strange depiction of the effects of colonialism in South America.
99. Declaration of War

Declaration of War is a heartbreaking movie about choosing to fight for what you love, it’s a battlecry for hope and goodness even when the darkness surrounds.
98. Toy Story 3 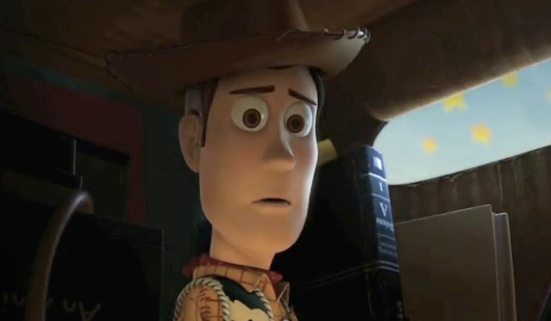 A brilliant conclusion that gives characters we grew up with the perfect send off as the reality of growing old and useless rears its head.
97. It’s a Beautiful Day in the Neighborhood

Marielle Heller puts its lead character into an episode of Mr. Roger’s Neighborhood to teach lessons of forgiveness and learning the discipline of kindness.
96. Winter’s Bone

A tense backwoods thriller was a star making turn for Jennifer Lawrence who scavenges to ensure her family’s survival in a world that would just as soon leave her for dead.

Phantom Thread may grow on a second watch (I’ve only seen it once), but Paul Thomas Anderson’s tale of a controlling creative genius and their being forced to humility is a true and necessary critique as well as the most unique love story of the decade.
94. Midnight Special

Another one that could go up or down on a rewatch, but Jeff Nichols’ tale of a family trying to protect their son who seems to have special powers is one of the most underrated of the decade.
93. If Beale Street Could Talk

One of the best surprises of the decade, a satisfying thriller that mixes sci-fi and horror with a perfect sense of dread.
91. A Prophet

This modern day crime flick has one of the most tense inductions into the crime world ever.
90. Her Smell

Alex Ross Perry delivers an unsettling character study on the self-destructive creative, hammering it home with redemption and grace.
89. The Kid on a Bike

The Dardennes’ are known for their neo-realistic portraits of working class Europe, throwing their characters into impossible struggles and showing their responses. Here, the beauty of compassion wins out in the midst of life’s difficulty.
88. The Babadook 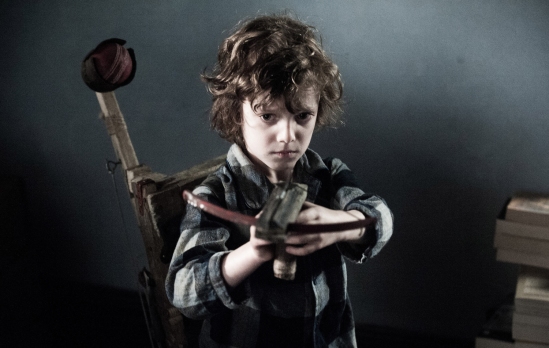 Jennifer Kent uses horror to tackle trauma, twisting her story around, and throwing in a Home Alone-esque homage to deliver scares and a fight to survive in more ways than one.
87. I Am Love 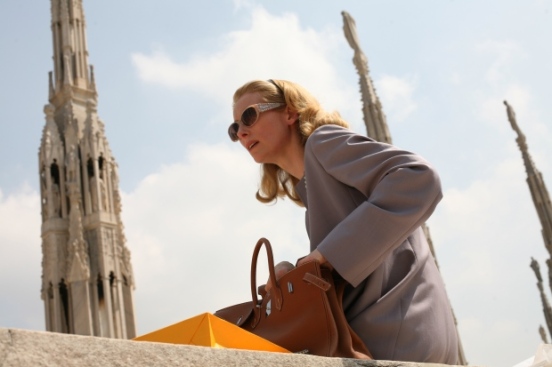 The first movie to put Luca Guadagnino on the international map is just pure aesthetic pleasure.
86. Everybody Wants Some!! 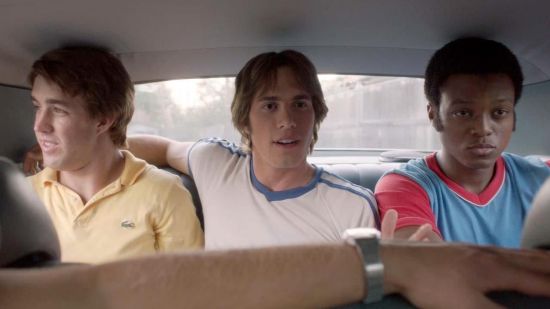 Richard Linklater’s fairly subdued baseball movie has only grown on me, I think it’s up there with the greatest baseball films of all time as far as capturing the joys of playing the sport.
85. Drive 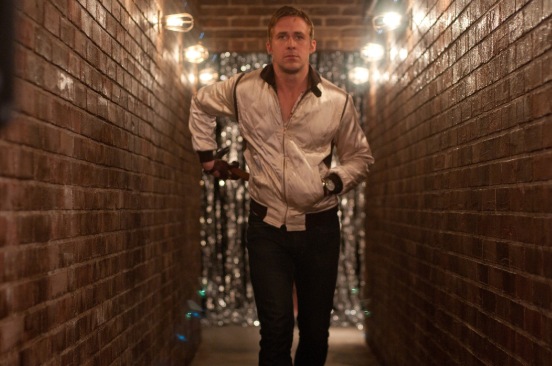 I haven’t seen the whole thing a second time, but that opening car chase sequence is one of my favorite theater experiences of the last decade.
84. Edge of Tomorrow

Another movie whose legend has only grown, Edge of Tomorrow is a near perfect genre movie, the kind that when it shows up on TV years from now you won’t be able to resist it.
83. Star Wars: The Last Jedi

After watching a third time earlier this year I can truly call this one of the best Star Wars movies. There are just so many moments that I love, proving that having a real talent behind the camera and letting them go to work can make all the difference.
82. Roma

Alfonso Cuaron’s tale of a young housekeeper in Mexico City is at once heartbreaking and beautiful, highlighting the joys and struggles of the era in which he grew up.
81. Something in the Air

One of my favorite depictions of the restlessness of youth, the passion of activism, and the arbitrary walls that get built within movements, something that perhaps can speak to our current political moment.
80. Logan Lucky

Soderbergh’s latest heist film hasn’t gotten the most love, but I find it hilarious and fun, a movie that I will be going back to for years.
79. Everyone Else

Everyone Else perfectly captures the insecurities that lay at the heart of fragile relationships, the fraught comparisons that can occur, the small lies, the role playing, and pettiness.
78. Drinking Buddies

A modern day, mumblecore When Harry Met Sally, can men and women have a friendship where they don’t fall for each other? Olivia Wilde gives her best performance in a movie I love way more than anyone else in the world.
77. Diary of a Teenage Girl

A disturbing movie about an inappropriate relationship, turns itself upside down by telling the story through the perspective of through Bel Powley’s charming, lustful, and confused Minnie.
76. 12 Years a Slave

Steve McQueen’s 12 Years a Slave is absolutely devastating while featuring enough heart and characterization to never feel exploitative or of a genre.
75. Dunkirk

With Dunkirk Christopher Nolan may have made the only war movie that prizes the act of surrender. In doing so he’s made a movie that’s anti-war without making a deliberative statement–we’re all trying to survive in this absurd world where we’ve resorted to killing each other.
74. Good Time

I avoided this movie for a while because I thought it would be too stressful. It’s certainly tense, but is actually more fun than anything. The Safdie’s cemented themselves as much watch directors here.
73. The Fighter

This may rise or lower with another watch, but I loved the fast paced dialogue of the script, the Eklund’s sisters coming in and out of the story, and found the boxing scenes thrilling.
72. The Descendants 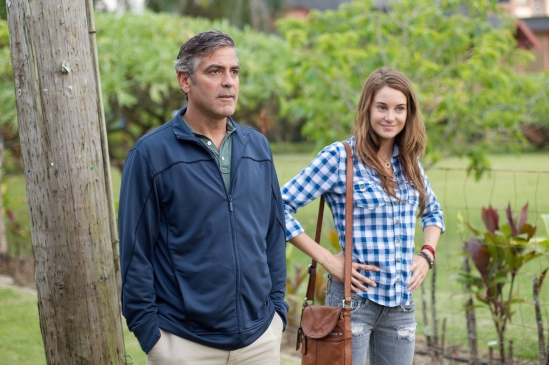 I loved this movie so much I went and bought the book afterwards. George Clooney discovers his wife who’s in a coma was cheating on him, while simultaneously figuring out what to do with the land his family has inherited that is technically but not rightfully there’s. Shailene Woodley cemented herself as a serious actor here in a performance she has (unfortunately) not lived up to again.
71. Captain Phillips

This movie became a meme, but is actually a deft tale of the injustice at the heart of globalism with a fantastic Tom Hanks performance.
70. Oslo August 31

Anders leaves his rehab center looking to start his new life, but is met by the barrage of life for a recovering addict. One of the best scenes of the decade is Anders sitting at a cafe as Joachim Trier zooms out focusing on the conversations surrounding him, a life of normalcy that Anders doesn’t know if he can ever achieve again.
69. Anomalisa

Charlie Kaufman’s R-rated stop motion movie wrestles with mid-life crisis and the arrogance at the heart of our white male protagonists that so often are portrayed going through them.
68. Jackie

I found every inch of Jackie to be gorgeous and heart wrenching in its portrayal of grief in the aftermath of one of our nation’s most famous and tragic deaths.
67. The Nice Guys

The Nice Guys is a throwback to two classic genres, melding noir and screwball comedy in what is a pitch-black delight.
66. The World’s End 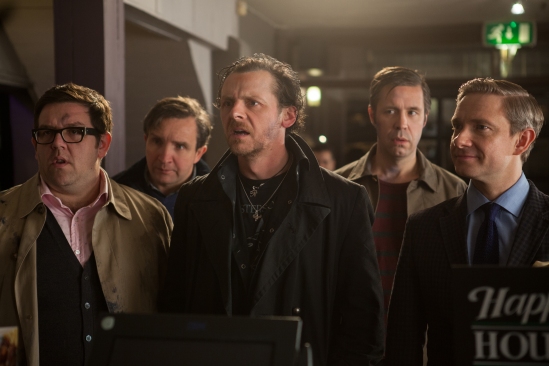 As you can probably tell, I love a movie that uses genre conventions to deliver emotionally resonant statements about humanity. Edgar Wright’s love of genre enables him to do this brilliantly and The World’s End showcases this.
65. Interstellar 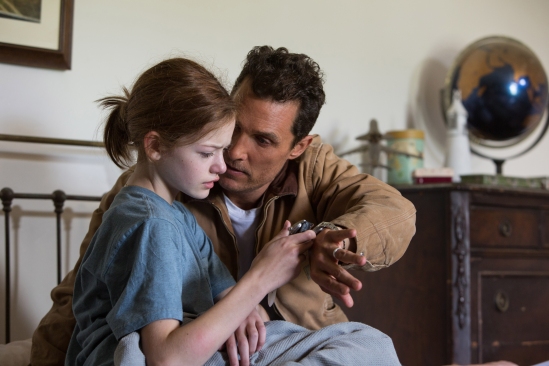 A flawed movie to be sure, but one that features so many unique ideas and beautiful moments that elevate it to greatness.
64. Knives Out

Rian Johnson crafted one of the best whodunnits of all time while speaking into modern politics and advocating for kindness! A master.
63. Our Little Sister

Koreeda’s Our Little Sister is quiet and tender, telling of three sisters welcoming in their father’s daughter from an affair into their lives. It’s Koreeda’s ability to focus in on the small moments that make him the king of the family drama.
62. Only Lovers Left Alive

Vampires have always been cool, but never quite like this as Jim Jarmusch turns them into aging bohemians lamenting modern culture.
61. Mother

The first Bong Joon-Ho movie I ever saw was 2010’s brilliant multi-genre story about a mother’s hellbent desire to protect her son, a story that really highlights the hell in hellbent.
60. Once Upon a Time in Anatolia

A group of police and judges and a criminal search for a body in the sparse wilderness of Anatolia. A slow rumination on the question of inherent evil, humanity’s motivations, and whether the light can overcome the dark.
59. Sing Street

A coming of age story through the lens of pop music and creativity, Sing Street is a modern John Hughes film.
58. Exit Through the Gift Shop 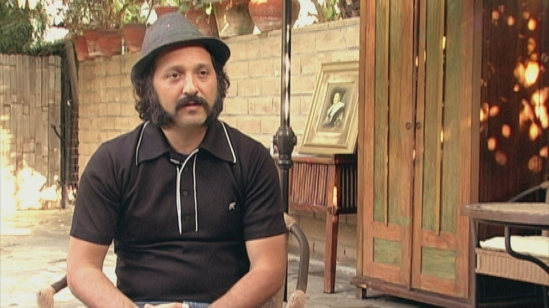 Riding the Banksy obsession of the early 10s, Gift Shop was made to seemingly highlight the burgeoning street art movement, but comically twisted and turned until it was questioning the very definition of art itself.
57. Hail, Caesar

This Coen’s movie is in love with early Hollywood exemplifying the great romance that people have with it through a dazzling Scarlet Johansson swimming sequence and a tap dancing Channing Tatum. Yet the film does more than recreate nostalgia, at its heart it asks if the movies can lead us into goodness, even in the midst of capitalistic corruption and political nefariousness.
56. Call Me By Your Name

Guadagnino once again demonstrates his ability to capture hedonistic pleasures, but this time does it by telling the story of forbidden summer love. Desire blooms into romance, cut short as the summer fades, the sun sets, and an eras cultural inhibitions tragically kick in.

A wickedly funny period drama where power, seduction, and greed form a love triangle that showcases how darkness can overcome the human spirit.
54. La La Land

Damien Chazelle’s modern musical throwback will likely seem cornier and cornier as time goes on, but watching people break out of the cars to dance in the midst of LA traffic and the this-could-never-be dream ending are just too much fun for me not to love.
53. A Ghost Story 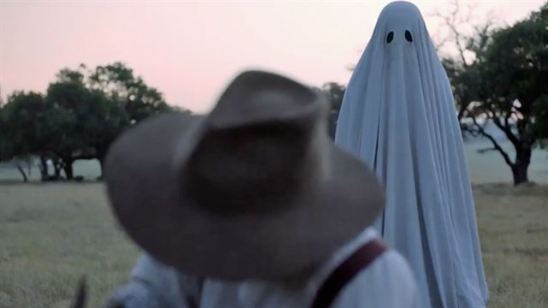 An aesthetically sparse reflection on grief in which Rooney Mara sits down to eat a whole pie and Casey Affleck sports a white sheet as a ghost, what else can you ask for?
52. Inception

I’m still enraptured by the world of Christopher Nolan’s Inception, a cultural phenomenon that’s become somewhat eye-roll inducing ever since, it’s still thrilling to watch DiCaprio, et al lay out the stakes of this world and imagine its 2010 all over again.
51. Moonlight 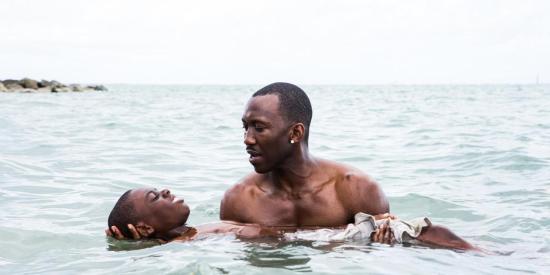 I didn’t completely fall for this the first time around, but on a rewatch for this list, I fully succumbed to Barry Jenkins ability to shoot movies. Moonlight is just incredible to look at and the combination of heart, hope, and sorrow that lie within its story bring all the feelings that the greatest films do.