Dinosaur Shaped Food and the French Way of Eating

Americans have a strange relationship with food. We’re equal parts over-indulgent and judicious, choosing to stuff our faces with heaps of non-fat products. In my Southern California perspective there’s a new diet… Read more Dinosaur Shaped Food and the French Way of Eating →

In Which I Slowly Become Rev. Toller

We look to the Bible for answers on how to live in our day. Which makes sense, it’s a document that’s been passed down for all of human history, telling the story of God. Its words have inspired and led billions of people. Yet when we interact with the text, trying to apply the Bible’s wisdom and God’s will to our modern life it becomes absurd. The concerns that I have for my life are of the utmost importance to an all-loving God, but rendered instantly absurd when light is… Read more In Which I Slowly Become Rev. Toller → 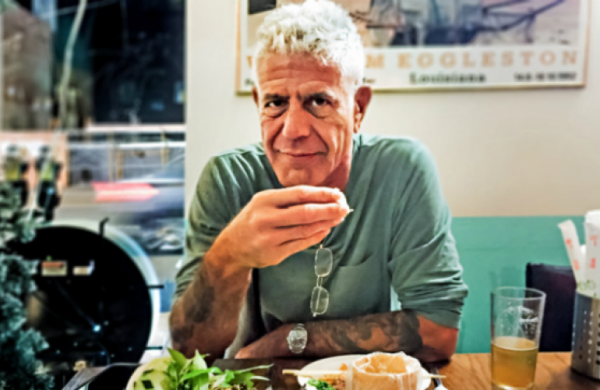 I write, I travel, I eat, and I’m hungry for more. This was the opening to Anthony Bourdain’s No Reservations, a travel show that ran for seven years on the… Read more On Anthony Bourdain →

A Guide to California’s Propz

Voting day is almost here and if you’re like most Americans there are a few things that are probably true about your life: You know which Presidential nominee you will be voting for You want this all to be over You are lying down, buried beneath 500 pounds of political ads and can’t get up You’ve been so inundated with Yes and No on certain propositions that you might just try to mark “All of the above” on your ballot There are only so many solutions to these issues and there… Read more A Guide to California’s Propz →

Vulnerable about Not Being Vulnerable

Vulnerability is having a moment right now. Increasingly authenticity and realness are seen to be defining traits in people, whether it be celebrities, politicians, or other leaders. Even in the age of internet memes, those who are real with their audience have grown to the top. Take for instance certain current hip-hop artists like Drake or Kanye who go against type to be honest and somewhat somber across big and bold beats. Hip-hop, known for its self-promotion and braggadocio, has become more emotional and self-doubting to great success of the… Read more Vulnerable about Not Being Vulnerable →

I did laundry the other day–an oft skipped chore due to a lack of quarters and an apathy to seek out quarters. We have communal washers and dryers in our apartment complex and as I stood there I realized that this was one of the few forced communal activities that I take part in. Most things throughout my day are done in privacy, I am rarely forced to interact with people or even be near people that I don’t choose to be. This is a form of privilege, one that… Read more Privelege and Privacy →

You’re Hired! Or… Why I’ll Never Be Hired

Job interviews are the worst; while they are a place of potential prospering, they end up turning into a sort of audition, where you better have your lines ready. I’ve heard people be asked questions like: “when is one time you went above and beyond at work?” and “what does integrity mean to you?”. Both of these are questions anyone would want know about a potential employee, but asking them seems to highlight a different skill entirely. I assume that employers looking for new employees through a list of applicants… Read more You’re Hired! Or… Why I’ll Never Be Hired →

Sincerity in an Age of Irony The Star Wars teaser was released last week and if it was any indication of how the film will turn out it looks to be a step in the right direction for the series. The universally detested prequels were released starting in 1999, looking back now this seems to be the most ill-timed period for these films to be released. This was the rise of the internet era, a time where technology quickly changed and shifted the way that we interact as well as… Read more Weekly Thoughts 12 →