Locke, Right and Wrong, and a Theological Imperative The other night I watched Locke, a 2014 drama starring Tom Hardy. Locke focuses in on one man who makes an instant decision and in an hour and a half car ride sees the results of this decision unfold before him as he works through it in various phone calls. His decision is one wracked with consequences. If he goes one way many of his problems go away, but he will abandon an ideal. If he goes the other, he will lose… Read more Weekly Thoughts 3 →

(Note: This is a simplistic view of how things came to be and how the theory behind policing has changed over the years for better or worse. I hope it is informative, thought provoking and empathetic). The Broken Windows Theory postulates that a community will live up to the way that a community is perceived. If there is a broken window in a building people will view their community as damaged or unsafe. In response to this they will either be less likely to contribute to their community positively or… Read more Ferguson and Broken Windows Theory →

Big Brother 16 and why a Dating Hierarchy is Damaging

This season of Big Brother has featured your typical casting of hot young people fighting it out in a house for the duration of the summer in a battle to win 500K. As is apt to happen in these reality shows, so called “showmances” start showing up left and right where people begin pairing off in a mix of puppy love, restlessness, and strategy. This summer however, houseguest Caleb has become infatuated with Amber, the young model who has not returned his favors. He continually pressures her and advances upon… Read more Big Brother 16 and why a Dating Hierarchy is Damaging →

The other day this book came across one of my social media feeds. The Poverty of Nations: A Sustainable Solution, it sounds reasonable, why wouldn’t we want to read a book offering a solution to poverty even if the subtitle is a little hyperbolic. Looking further to see more about the book I discovered that it was written by Barry Asmus, an economist, and theologian Wayne Grudem. While I know nothing about the former, but he being an economist at least seems as if he is capable of penning this book,… Read more How Do You Solve Poverty? Easy as 1,2,3… → 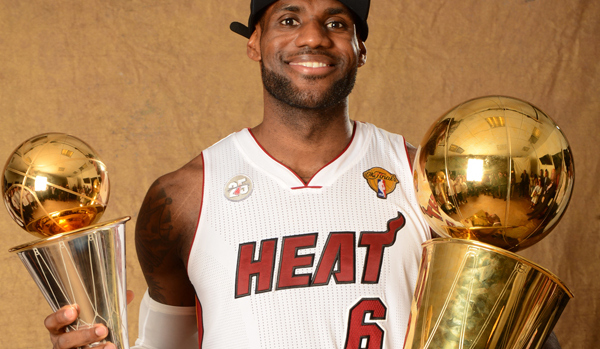 Every four years we can count on several things in the world of sports. There is an Olympics, a World Cup, and LeBron James selects a new team to which… Read more LeBron James Does Not Have to Live Up to Your Inconsistent Expectations →

I am obsessed with the idea that our lives are shaped by the things people tell us, though these things – masquerading as facts – are likely something they heard from somebody else, who heard it from somebody else, who read it once in an email or in the comment boards, etc… There are wide misconceptions that get spread without nobody double checking to see if they are true, because it is simpler and natural to just accept this vague statement as a truth and spread it as so. These… Read more *Insert Quasi-Famous Celeb Name Here* is Dead and Other Lies We Believe →

I am a huge football fan. It is certainly my favorite sport to watch, might be my favorite sport to play, and definitely is the one I follow the most. Every Sunday since I can remember has been filled watching the 49ers (or other teams) play. It is an obsession and a passion. This love of the game has been putting me at a dilemma as of late. The news about the Jonathan Martin story, which exposed not only the knack for bullying within the NFL, but how deep this… Read more Football. →

Gender is one of those things that everyone seems to have an opinion on. Whether they believe in natural differences between men and women or that it is culturally, physically, or theologically defined, it is a strong subject bound to get people heated. Before I put out my recent thoughts, it should be noted that nearly all social scientists acknowledge a difference between sex and gender. The sex of a person is his or her biological makeup (I understand that there are some born between male or female both physically… Read more Girls Don’t Like Boys, Girls Like Cars and Money →